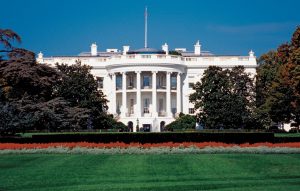 The White House is one of the most iconic locations in the United States. It is recognized the world over. Most people associate the White House with the running of the country and the home of the president. However, it can also be a frightening place, not excluding your personal views of the politicians within.

The White House is, of course, the official residence of the President of the United States and their spouse, if they have one, James Buchanan the incumbent from 1857 – 1861 was the last bachelor to be President. The second floor of the central part of the building, also the oldest part, contains the residential suite of the President. The current design of the White House consists of several different wings.  The parts of the White House are the Executive Residence, East Wing, West Wing, and the Eisenhower Executive Office building. There is also the Blair House, located across Pennsylvania Avenue which is used as a guest residence. 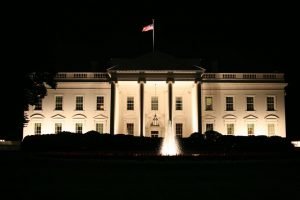 It is interesting to note that only 44 out of 45 presidents actually lived at 1600 Pennsylvania Avenue. George Washington did not live at the house he commissioned to be built. Washington also chose the site for White House in 1791, the cornerstone was laid in 1792.The design for the White House was chosen in a competition and the winner was James Hoban, an Irish born architect.

After eight long years for construction at 1600 Pennsylvania Avenue, President John Adams and his wife, Abigail became the first to occupy the White House. The couple moved into the house in 1800 even though it still was not completed. Tragically the British set fire to the White House during the War of 1812. James Madison and his Wife Dolly Madison had to move to the were made. Once again, James Hoban was selected to rebuild the house. President James Monroe was finally able to move into the White House in 1817. It was during Monroe’s tenure that the impressive South Portico was constructed in 1824. President Andrew Jackson oversaw the addition of the North Portico in 1829. Although during the 19th Century several proposals were made to add on to the White House, none of those plans were ever realized.

It is not a hard leap of the imagination to conceive of 1600 Pennsylvania as the continued home to many of its illustrious residents. There are many who believe that the White House is haunted. Many people believe that Dolly Madison is a spirit that haunts this famous address, although she died almost 200 years ago. And there are thoughts as to other souls that linger at the White House. Indeed, most current residents may draw comfort from thinking a team of helpful past presidents may linger to offer counsel.

The catalog of spirits said to linger at the White House

Over the years many visitors and dignitaries have reported unusual activity at the White House. These listed here are just some of the sightings that people claim to have experienced.

It has been said that Abraham Lincoln appears in both the Lincoln Bedroom and the Yellow Oval Room. This sighting has been reported by First Lady Grace Coolidge, Prime Minister Winston Churchill, and Queen Wilhelmina of the Netherlands.

Willie Lincoln, the son of President Lincoln, sadly died in the White House. Staff of President Grant reported frequently seeing his spirit in the 1870’s.

Another reported ghost sighting is that of President Andrew Jackson. He is usually in his bed at the time, which was in the Rose Room. He can be heard having deep laughs. Mary Todd Lincoln actually claimed that she heard him stomping his feet and swearing. President Jackson’s antics have been happening since the 1860’s.

Other Reported Paranormal Activity at the White House is focused around 1862-1863 and Mary Todd Lincoln who began to have seances in the Red Room. She did this because she was distraught over her son’s death and thought she could reach out to him beyond the grave. Spiritualism, that believes the living can communicate with the dead was popular at the time since it was the height of the Civil War. People used seances as a way to grieve for their loved ones, who may have died far from home and may have been left on the battlefield, turning wives into widows at an unprecedented rate, and making mourning difficult.

The séance would become a locus for the energy of the grieving, surely attracting spirits to linger and affect the living. The numerous staff of the White House were the unwitting witnesses to the activities of spirits, one in particular.

Jeremiah Jerry Smith worked at the White House under President Grant starting in the late 1860’s. He worked primarily as a footman. He was also a butler, cook, doorman, and remarkably, official duster. He kept these jobs until his retirement in the early 1900’s. Smith was an avid storyteller and he is reported to have seen the ghosts of Presidents Lincoln, Grant, McKinley, as well as several first ladies.

A less commonly talked about spirit is an unidentified 15-year old boy, seen first by Ms. Marsh, personal maid to First Lady Helen Taft, and described as a young boy with unkempt hair and sad blue eyes. The apparition was unkindly referred to as the Thing. The Thing caused great terror among the staff during President Taft’s time in office, a single term from 1909 – 1913.  In fact, a military aide to Taft wrote a letter to his sister telling her about the ghost. He said “The ghost, it seems, is a young boy about fourteen or fifteen years old . . . They say that the first knowledge one has of the presence of the Thing is a slight pressure on the shoulder, as if someone were leaning over your shoulder to see what you might be doing.” At one point President Taft told his staff that the first one to repeat stories about the Thing would be fired.

President Thomas Jefferson is said to haunt the White House. His spirit is said to be playing the violin in the Yellow Oval Room. The spirit of Dolly Madison is reported to protect the Rose Garden. And the Blue Room is apparently haunted by President Tyler, stuck in a state of nerves as he eternally proposes to his second wife Julia Gardner.

The attic of the White House is apparently haunted by President Harrison. Harrison was the first president to pass away in the White House. Abigail Adams liked to hang her laundry to dry in the East Room. Staff today say that they can smell wet laundry and lavender.

One of the more famous spirits to take up residence in the White House is the ghost of Anna Surratt. She is there banging on doors and asking to see President Jackson. It is said that she is begging for a presidential pardon for her mother Mary. 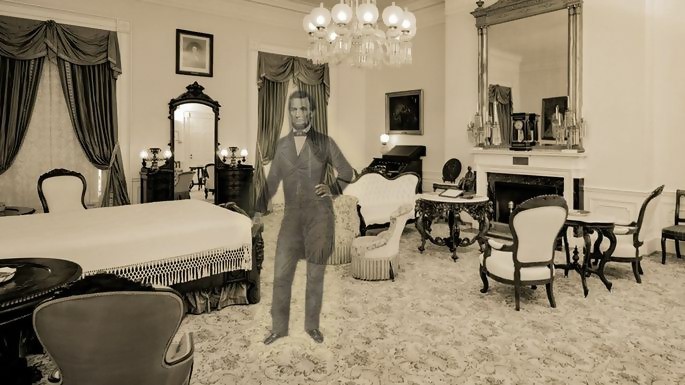 Other Notable Spirits That Reside at 1600 Pennsylvania Avenue

History notes that the spirit of David Burnes can be seen on the grounds of the White House. David Burnes was the original owner of the land that the white House was built on. His spirit is typically seen and heard in the Yellow Oval Room.

Another poor soul that roams the grounds of the White House is an unnamed British soldier. He died during the War of 1812 and still walks the grounds today carrying a torch.

Washington D.C.- a most spiritual place

The White House is arguably one of the most iconic buildings in the world. 1600 Pennsylvania Avenue is an address that is known around the globe. This structure has an enduring history and legacy attached to it. In fact, sometimes the history is so emotional that spirits cannot bear to leave.

Washington DC is a must see tourist destination. There are countless museums and building to see. Collectively, these places tell the story of American history. Today, DC is also a vibrant and thriving city. It has great arts and cultural establishments, a bustling culinary scene, and offers attractions for all budgets, even the large population of cash strapped students at some of the most prestigious universities in the Country.

And of course, Washington DC continues to be the hub of American politics, the dynamics of power on every street corner as the direction of the nation is decided in countless meetings. Who knows which one of the current residents will become the ghosts of tomorrow?

If this has intrigued you there are several other locations that share almost as much history and much more drama on haunted walking trails throughout the city. Owing to the sheer concentration of history and human drama, many tours start in Lafayette Square, which has another name – Tragedy Square. Many violent deaths took place here that have left spirits in their wake. These tours are also a great opportunity to learn about the many passionate duels, affairs and scandalous affairs that have taken place in this historic city over the years.