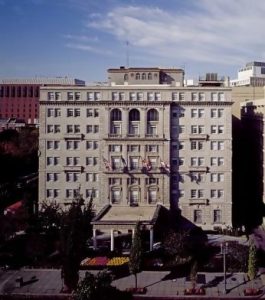 The place of so many clandestine meetings of consequence that you can feel the energy of the countless power-hungry lobbyists, business leaders, and politicians that have stayed, dined, and died here emanating from the elegant walls.

History of the Hay-Adams Hotel

Only 1000 feet from the White House and known as the closest you can get to the White House without an invite, the hotel is located on the site where the 1885 homes of John Hay and Henry Adams once stood.

With its proximity to the seat of power of the United States the hotel has always been popular, but the fortunes of its many owners over the years has been anything other than consistent.

In 1927, Washington developer Harry Wardman purchased the property, violently razed the homes, and built a 138-room residential hotel. Designed by architect Mihran Mesrobian in the Italian Renaissance style, the hotel opened in 1928 and was named The Hay-Adams House. Unfortunately, Wardman’s fortunes declined precipitously with the Great Depression and he was forced to relinquish most of his hotel and apartment empire in August 1930; the only exception was The Hay–Adams House. By 1932, Wardman failed to restore his fortunes and had defaulted on the hotel’s loans. It was sold at a public auction to the Washington Loan and Trust Company.

Hotel magnate Julius Manger purchased the property in 1932 and changed the name to the Manger Hay-Adams Hotel. He converted it to a hotel for travelers, remodeling the guest rooms and adding the luxury of central air-conditioning. By that time Manger owned over a dozen hotels in New York City, Chicago, and the legendary Manger Hotel in Boston, a place with more than its fair share of hauntings and unfortunate endings. During the Great Depression Manger sought shelter for his money in Washington, D.C., properties, a sheltered investment environment due to proximity to the government.  He too owned the Annapolis and Hamilton hotels. At the time of his death, Manger was the largest independent hotel operator in the United States.

Julius Manger breathed his last breath in his residential suite at the Hay Adams. The ornate ceiling was the last thing he saw.  He was buried in an ornate family Mausoleum in the Woodlawn Cemetery in the Bronx, NY.

Washington developer Sheldon Magazine bought the Hay Adams from the remaining members of the Manger family in 1973, and took the radical step of adding a dash to the name. Now named The Hay-Adams Hotel, Magazine sold the hotel to a duo of investors for a large profit. French hotelier Georges F. Mosse and Businessman Jeffrey I. Friedman paid around $15 million in 1979. Friedman and Mosse cashed in their investment and sold to Los Angeles businessman David Murdock in 1983 for over $30 million. Murdock improved the hotel and sold the hotel a few years later to the Lue family, founders of Sanyo for $54 million. The Lue family sold the hotel to a Washington real estate company, B.F. Saul, for $100 million in 2006. 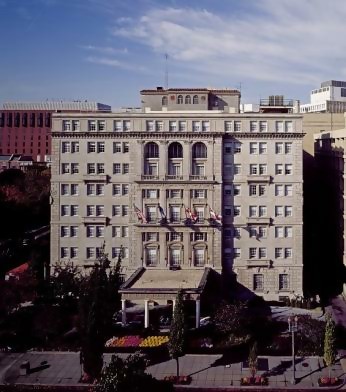 Who were Messers Hay and Adams?

Both John Hay and Henry Adams were active statesmen in Washington, D.C. in the latter half of the nineteenth century. Hay was known for being the private secretary to Abraham Lincoln and then he later served as the US Ambassador to the UK and Secretary of State under two US Presidents. Henry Adams was the grandson of John Quincy Adams and a notable writer and connoisseur of the arts. The two men were intellectuals and part of the Washington DC cultural scene. They hosted grand parties at their houses that attracted artists and other society figures, particularly authors, including Dolly Madison, Mark Twain, Henry James, and Edith Warton.

Both men were writers. In fact, Hay and Adams were both so prominent in the social scene of the day, that the corner they lived on became forever associated with their names, even after their deaths when their houses stood vacant and falling into disrepair.

Who haunts the Hay-Adams Hotel now?

Marion ‘Clover’ Hooper Adams, wife of Henry Adams and resident of one of the original houses on the site fell into a depression and was no longer interested in her hobby of taking and developing photographs. She had become despondent after the death of her father.

Retiring one afternoon complaining of toothache she was found later by a woman caller who Henry Adams bumped into on his way out of the house.  He had a reputation for being interested in young women perhaps more than he should have been. There were rumors of several affairs that could not have helped but get back to Clover.

She was discovered later by a member of the household sprawled on the rug in front of her fireplace, with an open bottle of potassium cyanide nearby. A highly poisonous chemical she used to develop her photographs.

Among their society friends, there were conflicting reports about her death. Some people say that she was murdered. No one knows for sure exactly how she died. No one tracked down her earlier female visitor.

In a fit of grief, Henry Adams destroyed all of Clover’s things, including her photographs and papers. It is believed by many that Henry had a mistress, and maybe this contributed to Clover’s depression. Henry and Clover are buried together under a monument called “Grief”. Henry traveled frequently after his wife’s death. Spending summers in Paris and Europe and Winters in Washington.

Staff of the Hay-Adams Hotel complain that the ghost of Clover is most active during early  December, the anniversary of her death. Reports of doors mysteriously opening and closing on their own, a woman crying softly and voices of sorrow coming from apparently nowhere. Some housekeepers have also experienced being hugged by an unseen presence.

The staff of the hotel say that Clover is most often found on the fourth floor. She has been known to ask “what do you want” and call housekeepers by name. People report the smell of almonds when the spirit of Clover is near. Interestingly, potassium cyanide smells a lot like almonds.

The Hay Adams sees more than its fair share of the passions of people, the subterranean bar aptly named ‘Off the Record’ is a place where you can talk without being heard. Several scandals have had crucial trysts at the Hay Adams, including the Iran-Contra affair and its key figure Oliver North, and Carl ‘Spitz’ Channell, his money man, often met with potential donors at the Hay Adams bar. Conversations many wishes had never left those walls. 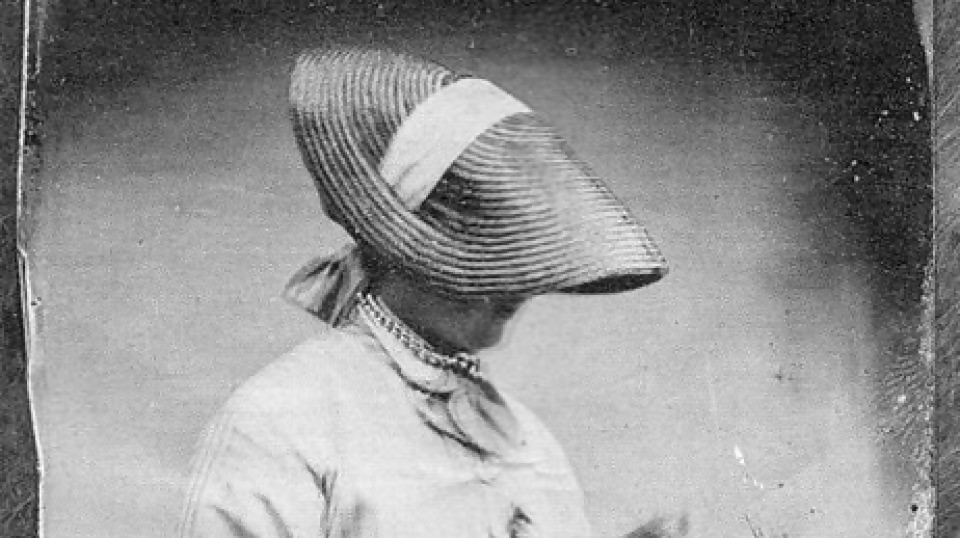 A hub of power in a town in charge.

Washington DC is a legendary town, inside the beltway you can feel the influence of politics and money, power and influence in the air. As well as the Hay Adams hotel there are dozens of museums and buildings to visit. These places are rich in history, and the lives of people who lived out loud and left their mark all over this great city.

From its beginnings as a drained swamp Washington D.C. has grown into a cosmopolitan center of culture that offers lots for even the most jaded visitor. As well as the museum mile, with its global institutions and household names there is a thriving arts community. A center of academic study, the cities colleges are some of the oldest and most storied in the country.

A city of contrasts, the diverse neighborhoods seem worlds apart from the seat of power of an advanced country and feel like totally different places. The freezing winters or the humid summers bring out the moods of the locals and those travelers come to make their cases along K street.

Feel the influence of the power brokers who have formed the great nation as you take the tours, the rotunda of the Capitol, the Smithsonian with its own ghosts, and the great sitting Lincoln at the head of the National Mall watching over it all.

If you are really in the mood for being scared, you can also check out some of the other haunted walking trails throughout the city. Washington, DC is home to neighborhoods away from the stench of corruption, which they all have their own ghost stories and hauntings.

These walking tours are a great way for you to learn about the passions and scandals of the residents, and visitors seeking fame, fortune, and influence that led to violent deaths, tragic suicides, and mysterious disappearances over the years that have left many spirits in their wake.

Whether you start from the Potomac River, oozing its way to the sea or Lafayette Square, haunted by its own ghosts, under the great trees, next to the dozens of statues of the men and women throughout history who have sought to mold this great nation.

The Hay-Adams hotel, a hotel at the center of things

The Hay-Adams House is more than a grand hotel that celebrates the friendship of two statesmen of their day. The Hay-Adams Hotel is significant because of its relationship to power and the assignations it has seen throughout history and even today. As well as guests that come to see the many attractions of Washington, the ‘Off the Record’ bar, the upscale restaurant are a place to be seen and to see, who’s in town, who is talking to who and what that means along the corridors of power in the town where everyone wants something from someone. A motto of the bartenders there is that in this Hotel, nothing is overlooked but the White House.