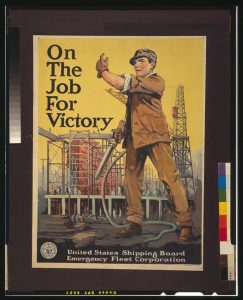 The Ghost Fleet of Mallows Bay

Mallows Bay, near the town of Nanjemoy, Maryland, (about 40 miles Washington, D.C.) is home to a unique and creepy site: over a hundred shipwrecks rotting in the brackish waters of the Potomac River. For visitors, the broken wooden hulls reach up like ribs of some unknown beast, covered in floating forests.

The area can be toured by either hiking or kayaking, and drone footage of the area shows amazing shots of Nature turning these wrecks into habitats for beavers, fishes, eagles, blue herons, and the once-endangered osprey.

Not only is the sight an incredible piece of history, it’s now serving double duty as a newly-designated marine sanctuary.

Let’s take a look at the history and now the future of this amazing site.

The Mallows Bay area is considered part of the homeland and cultural landscape of several Native American Nations:

The Virginia Indians have been in the area since the 13th century and currently includes 1500 members.

There are several archeological sites in the area that date Native Americans here back almost 12,000 years ago.

Part 1: The Building of the Fleet

The majority of the fleet came from the efforts of President Woodrow Wilson in 1917. World War I had started in 1914 but the U.S. had managed to stay out of the conflict until 1917. During that time, German U-boats were attacking and sinking international merchant ships at rates of over 200 a month!

Only ten days after entering the war, on April 16, 1917, Wilson’s administration had the United States Shipping Board create the Emergency Fleet Corporation. Needing steamships as soon as possible, the administration ordered 734  built within two years in 40 shipyards over 17 states.

Focusing on quantity over quality, the ships were built with green wood and steel, since the fleet was supposed to be expendable. The ships would accompany the merchant vessels attacked by the submarines and either sink the U-boat or be attacked instead.

Unfortunately, materials did not get to the shipyards quickly enough, and the builders fell behind. The ships were being poorly built by underpaid and undereducated staff. The shipbuilding yards were understaffed.  Delays in getting the materials and mechanical/structural errors meant that these warships never saw the war.

Part II: The Trouble With Shanghaiing Your Workers

From the late 1700s all the way up to 1915, there was a terrible practice called “shanghaiing.” Special boarding houses were built in West Coast towns and drunks, gamblers, debtors, and drug addicts would find themselves drugged and dragged into underground tunnels leading to the nearest port. Then, before waking up, they would be handed forged contracts stated they were becoming sailors of their own free will.

Once on the ship, they would not be able to leave because all of their wages would instead go into the pocket of the Captain, which left them indebted to the ship for as long they lived!

So, when the laws finally outlawed the practice in 1915, there were no experienced mariners and shipbuilders. The Ghost Fleet was built with the hands of amateurs. The enormous order from the U.S. government to build the new fleet meant that the government had to offer safe working conditions and good wages to get good men back into the shipyards.

Part III: The Anti-Climactic End of the Fleet

The steamship fleet ended up being a huge waste of capital and resources: only 98 out of the 734 ordered were built. The project cost the U.S. government $300 million dollars and ended up being sold for scrap for only $750,000.

The Western Marine & Salvage Company purchased the ships and brought them to the Potomac. They would take a few ships at a time to Alexandria, VA to scuttle. Sometimes the ships in the river would occasionally break free and catch fire, so they had to start destroying the ships en masse.

As a result, thirty-one ships were beached and burned on November 7, 1925. It was the largest destruction of ships at one time in U.S. history.

When Western Marine & Salvage went bankrupt in WWII, they had brought 169 ships to the bay. The efforts of gathering scrap went to the locals for much-needed income. Afterward, from 1942-1945, Baltimore’s Bethlehem Steel finished the scrap collection and left the wooden hulls of the steamships to rot in the Potomac.

In a moment of scandal in the 1960s, the remaining hulls to be bought and removed by a company called Idamont, Inc.  This company was actually a front for the Potomac Electric Power Company. They were going to secretly build a power station in Sandy Point. The House Committee on Government Operations, after seeing the unique wildlife habitat growing, decided to not remove the Ghost Fleet and let nature take its course.

The Future of the Ghost Fleet

The Ghost Fleet may not be the most haunted place in the world, but there is something sad about the lost potential of these steamships and the wasted effort of the shipbuilders. There is a definite melancholy settled into those old wooden and steel bones.

Hiding under the clear waters of the Potomac, they do earn the name of the Ghost Fleet. Kayakers coming around the bend only to find rotting steel hulls that stretch up into the air certainly seem ghostlike. Mallows Bay is definitely a place to add to one’s bucket list.

The National Trust agreed, seeing as they named the ‘Ghost Fleet’ a National Treasure in 2017, reflecting its historical and cultural value.

The site is also along the Captain John Smith Chesapeake National Historic Trail. This place is a perfect day trip from D.C. for kayakers, hikers, birders, and tourists. New archaeological discoveries and a future for heritage tourism just adds to the importance of this site. In fact, visitors can get a map pointing out the locations of certain ships and their known histories!

The Ghost Fleet is Now Saved!

The best news of all? In June 2019, the National Oceanic and Atmospheric Administration (NOAA) designated the site a new marine sanctuary! The first new site in over 19 years and the first for the Chesapeake Bay and its tributaries. The fleet and its unique ecological footprint will be around for a few years longer.

The Mallows Bay-Potomac River National Marine Sanctuary–an 18 square mile section of the Potomac River in Charles County, Maryland– not only houses the Ghost Fleet from WWI but also has shipwrecks from the Civil War; Native American archeological sites that are over 12,000 years old; and houses structure related to the history of the Potomac River fishing industry. The marine sanctuary designation will allow site managers to create management plans for helping to educate the public through sustainable tourism.

Even though they did not make it to any theater of war, the Ghost Fleet “reflected the national wartime effort that drove the expansion and economic development of communities and related maritime service industries,” NOAA said in the sanctuary.

Even after finding their final resting place, it looks like this fleet still has work to do.

Interested in seeing what creepy places are closer to home? Check out the D.C. Ghost Tour: