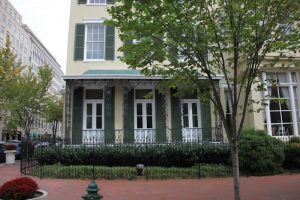 Washington, D.C is full of history and intrigue. Our nation’s capital is an amazing place to visit; you can see incredible examples of architecture, view famous landmarks, and experience ghosts and spirits. Washington, D.C. is well known for being home to many historical and otherworldly figures.

This house is named after the two families involved with purchasing it, building it, and occupying it. The Cutts’ and the Madison’s were two well-known names in Washington, D.C. society. These two families are at the center of the Cutts-Madison house.

History of the Cutts-Madison house

The house was constructed in 1818–1819 by Richard Cutts. He had the house built for himself and Anna Payne Cutts, his wife, who was Dolley Madison’s sister.

The two-story house was designed with dormer windows and an elegant gabled roof, there are chimneys at both the north and south ends of the building. The exterior of the home was originally covered in grey stucco. The house faces Lafayette Square with its original front since reoriented. The house sits on a large lot for a Washington center house; it has lots of space on all sides. After construction, there were dirt roads on two sides of the house, the west and north. There was also a large flower garden with fruit trees to the south and east of the house. The garden of the home went south to the Tayloe House, all the way at the south end of the block. Originally the Cutts-Madison house was one of the more pretentious homes in the city at the time. The street in front of the house was laid with gravel by the city in 1823. 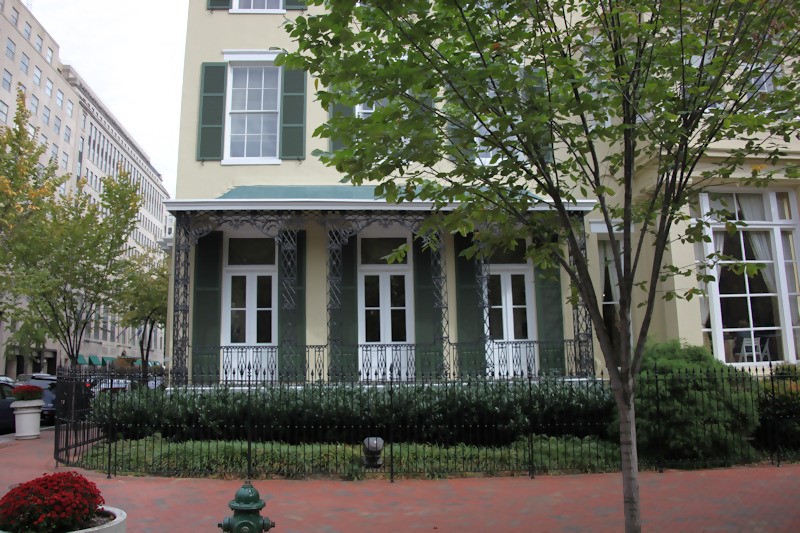 Who was Dolley Madison?

Who was Dolley Madison and how did she come into possession of the house?

Dolley Madison’s sister was married to Cutts. Thus he was easily able to secure a good mortgage which allowed him to pay for the house to be designed and built. However, the bank that gave the mortgage to Cutts sold the mortgage on in 1828, it went to former President James Madison for the sum of $5,750. James Madison unfortunately died in 1836, his widow, Dolley Madison then was left holding the mortgage to the home. Her husband’s death regrettably left Dolley in a position of financial difficulty, In an effort to reduce her expenses, instead of continuing the mortgage, she took up residency in the house. Presidents Henry Harrison, James Monroe, Andrew Jackson, James K. Polk, Martin Van Buren, John Quincy Adams, William John Tyler, and Zachary Taylor all paid her several visits in her home, as did other notable citizens John C. Calhoun, Henry Clay and Daniel Webster. Despite this cavalcade of notable guests and a circle of financially supportive friends Dolley Madison continued to have financial struggles, though.

After her return to the Cutts–Madison House, an incident of arson took place, the house was set on fire one night when unknown persons placed lit matches between the closed shutters at the rear of the house. The flames started to spread and Dolley Madison was awakened by a servant and saved from death. The fire put out in short order, and thankfully the damage to the building was not extensive.

The house on Lafayette Square was the home of Dolley Madison until her death on July 12, 1849. John Payne Todd, her only surviving child from her first marriage, to lawyer John Todd, inherited the property on April 3, 1851. Todd later sold the house and the property to a Mr. Charles Wilkes.

Dolley Madison was raised a Quaker and tried to live those principals. Her first husband was also a Quaker and chosen for her by her father. After he died, Dolley met James Madison. They were complete opposites but remained married for 42 years. Dolley is best known for saving the portrait of George Washington at the beginning of the War of 1812. When the British burned and destroyed Washington, D.C., Dolley recognized the need to rebuild it in order to give the country a sense of pride. She personally made it a point to visit people in town and was instrumental in getting the city up and running again. Her devotion to the country and her pride in America, made her a favorite among the public.

When former President James Madison died, Dolley was grief-stricken. She would remain inconsolable and missed him terribly. 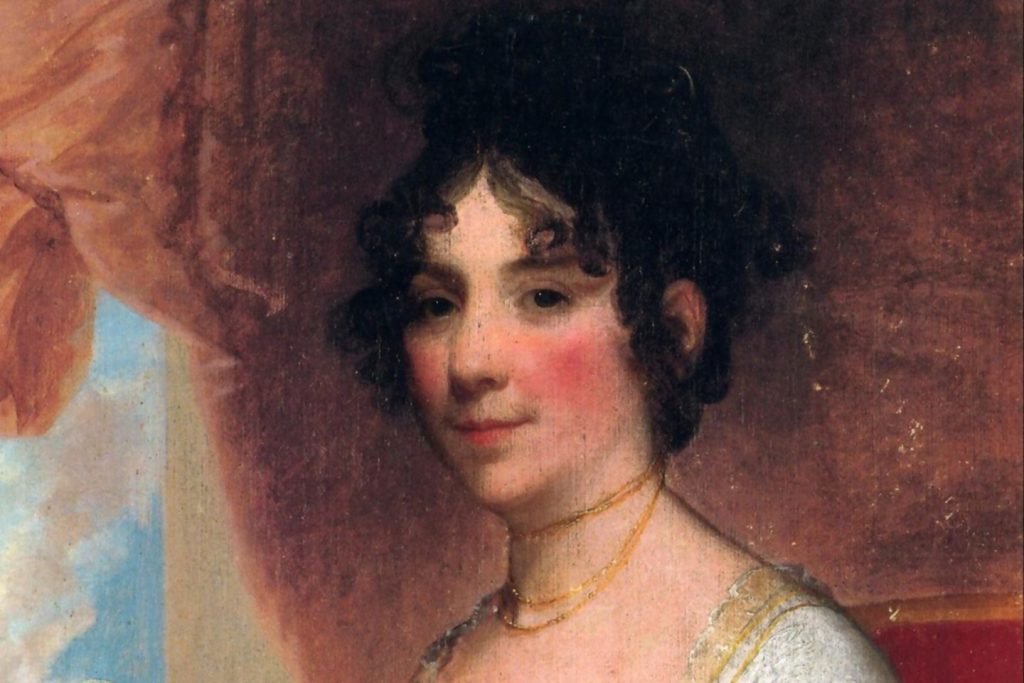 Who was Charles Wilkes?

As mentioned before, Rear Admiral Charles Wilkes purchased the home form Dolly Madison’s only surviving son from her marriage to Lawyer John Todd in 1851. By that time he had the chance to make changes to the layout and external faces of the home. First Wilkes moved the main entrance of the house from its original location on Madison Place NW to H Street NW. Then he turned the porch that had been on the west side of the house into a window. He also eliminated the gable roof and installed a flat roof instead. Next, he added an outbuilding to the rear. Its purpose was not mentioned. He also installed a bay window to the south side of the house.

As well as the Wilkes’s, during the 1850s and 1860s, the house welcomed several notable residents. Wilkes rented the house out, first to Sir William Gore Ouseley, who was named Special Envoy to Central America, and on his way to the region used the Cutts–Madison House to entertain lavishly. Subsequently, the house was used as the Washington-based headquarters of General George McClellan after the First Battle of Bull Run during the Civil War. The Cutts–Madison House was used briefly by the French Claims Commission after the Civil War.

In 1855 John Wilkes chose to mortgage the house. Over the next 15 years, the title to that mortgage passed through several owners until George B. Warren purchased it in 1870. The mortgage was assigned to his daughter, Phebe Warren Tayloe upon Warren’s death in 1880. Then, she, unfortunately, died just two years later in 1882, and the mortgage was passed to her niece Elizabeth H. Price who became the new owner of the property. Price then sold the mortgage to Edward Tayloe Perry in December 1884. Charles Wilkes meanwhile deeded the house to his three daughters and his wife in 1870. Upon his death in 1877 the Wilkes family sold the deed to the house to the Cosmos Club for $40,000.

A most hospitable ghost

Dolley Madison was such a large and prominent feature in the Washington, D.C. circuit, that people theorize that her ghost still lingers today. After all, she spent most of her life at the Cutts-Madison home, as well as dying there.

In the late 19th century, men who were leaving the Cosmo Club (what the Cutts-Madison home would become) could be seen tipping their hats to the lady sitting in the rocker on the front porch.

Dolly Madison and the Cutts-Madison house

Dolley Madison was a quiet woman who lived a large life. She was full of pride for her country and the love of her city. The house she lived in, and ultimately died in, saw many famous presidents and statesmen visit. Dolley Madison also spent a lot of time and energy reenergizing Washington, D.C. after the war. It was her efforts that brought the capital back to life.

It is very possible that Dolley Madison’s spirit still sits on the front porch of her former home today. She could be waiting for her husband. Or she could just be happy to view the city she loved so much in our nation’s capital.

A trip to visit the Cutts-Madison House is one that would please both yourself and Dolley Madison.